My baby is gone….

He looked like my baby boy when I tucked him into bed last night.

As he lay sleeping, I could see the toddler, the preschooler,

The little cheeky man off to primary school.

When I woke him, far too early,

He was his usual bewildered self,

But with a hint of the break in his voice

and a faint whiff of teenager. 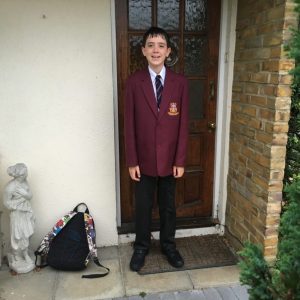 And when he came downstairs,

My baby was gone.

A boy no more.

Instead a handsome young man, taller than me.

With a bag full of the latest kit, a bus pass and a mobile phone.

Each of them posturing, appearing confident

With their terror and trepidation clearly visible

If you know what to look for.

I dropped them at the gates

And left them there

Didn’t even kiss him goodbye (at that point)

Not in front of his new friends.

And now he is gone

And the house is empty.

He’ll be coming home on his own now

A bit later than before, a bit louder, a bit more exhausted. 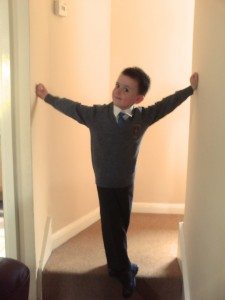 It’s going to take a bit of getting used to