Just one of those days 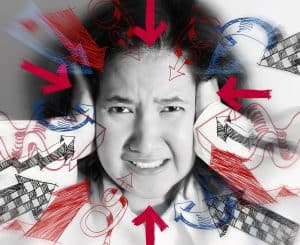 Did you ever have one of those days when nothing seemed to go right? A day that started wrong and just got worse and worse.

I had one today. You don’t need to know all the details, but it started with a 45 minute wait in a hospital outpatients queue only to be told that they couldn’t deal with me today, and I would have to make an appointment and come back another day. That put me behind with my other things I wanted to do this morning – but some of them had to be done anyway, Even traffic lights seemed to go against me and by the time I was finished doing what I absolutely had to do, I had missed my exercise class. It was the kind of morning that just leaves you stressed, cross and frazzled!

This is the kind of start to the day that would normally drive me to the biscuit tin. I know for some people it is the wine bottle, but for me it is definitely chocolate, biscuits or cake. This is the kind of day that can lead to an almighty binge because “I really really deserve it”. Before you know it you have not only had a rubbish day but you have fallen off the diet wagon and chucked all your plans for self-improvement out of the window. You end up just feeling rubbish, both physically (overfed and undernourished) and mentally (guilty, angry and frustrated.)I don’t know how many of my carefully laid plans have been derailed by days like these – do you get them too?

On my quest for self improvement, I am trying to look at things differently. Bad things happen, sometimes they even happen more than once in the same day. But that doesn’t make it a bad day – it’s just a day, same as any other. It is not an excuse to eat differently or do anything differently at all. As soon as possible you need to re-establish control over your routine and get back on track, the sooner the better. That is the way to regaining your sanity and not making a bad time worse than it is.

I do know that, really I do. And I am trying….but what really happened today?  Well I ate sweets in the car coming out of the hospital and going about my other appointments (I’m worth it) . As a result I wasn’t hungry at lunchtime and didn’t eat enough. SO now at teatime I’m starving & have made some slightly wrong choices, including chocolate…..

But in mitigation, I did get back in charge of my schedule and did some really productive work instead of the tail end of the exercise class and lunch, such that I was pretty much caught up with what I planned to do by the time it came to go singing tonight. And I was organised enough to bring my writing gear out with me so I could put together a blog post while travelling up to choir, instead of just staring into space on the train.

I am thinking about things, monitoring myself, and learning from my mistakes. Tomorrow I will be straight back on track, including back to the exercise classes.

Days like these – I know I’ll still get them – but hopefully they won’t get me!

We definitely all get those days. But we’ve got to keep the biscuit industry alive! So I guess our loss is their gain (and our weight gain) on days like those…x