How to spot cracks in your marriage and fix them

House and Home, Well-Being and Self Care | 0 comments 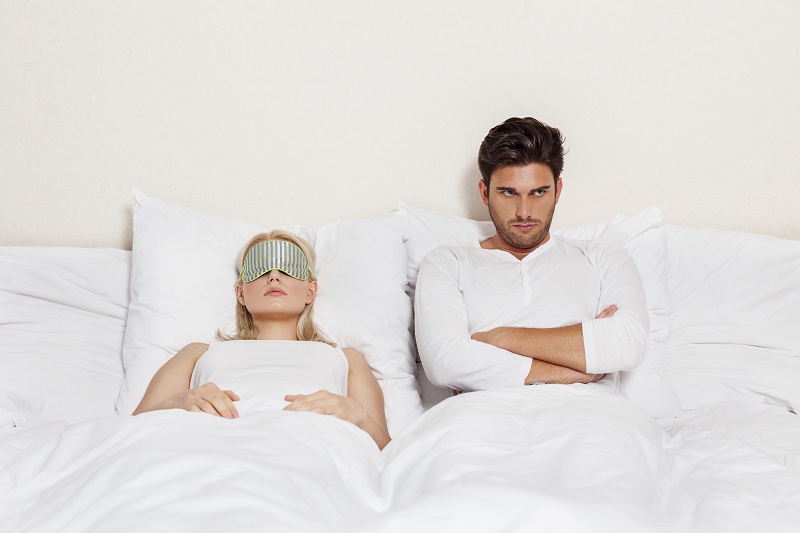 When you first get married, you probably won’t even think about the possibility that your marriage might not work out. But as you know, a lot of marriages do end up breaking down after a few years.

There are so many different reasons that a marriage might struggle, but the thing that usually causes the most problems is a lack of communication. If you can recognise that there is a problem and work through it with your partner effectively, you can overcome those hurdles and strengthen the marriage, rather than letting it fall apart.

Disagreements are normal, but sometimes it can go too far

These are common signs that your marriage might be in trouble and you need to do something to fix it.

Daydreaming About Another Life

It’s normal for people to daydream from time to time and wonder what their life would have been like if they had taken a different path. But if you find that you’re constantly imagining a life without your spouse and thinking about how wonderful it would be, that’s a big cause for concern.

Often, it’s a case of the grass being greener on the other side and people think that they miss things about being single. However, if they were to actually be living that life, it wouldn’t be as great as they think it is. This tends to happen a lot to couples that have been married for a few years because the excitement of a new marriage is wearing off but new experiences like having kids together might not be on the table yet.

It’s easy to fall into a routine and that’s when people start daydreaming about their exciting single life. That’s why it’s so important that you make an effort to keep things fresh between you. Go out on regular dates or learn new hobbies together. Travelling together is a great way to share new experiences as well.

It’s the sense that nothing new or interesting is going to happen again and you’ll be stuck on the sofa watching TV for the rest of your life that causes these feelings and sometimes, it takes a bit of work to keep things exciting. But as long as you’re experiencing new things together, the marriage won’t become stale.

How can you be lonely with a house full of people?

When you’re married to somebody, you should never feel as though you’re alone. That person should always be there if you need to talk and you should both work through problems together and if it doesn’t feel like that, you should be concerned.

If you feel like you can’t speak with your spouse about something, it can feel very isolating and that lack of communication will cause a lot of problems. A lot of people also find that they end up dealing with problems on their own, like handling money or doing work around the house.

In some cases, your spouse might not realise that you’re feeling this way so it’s important that you just tell them if you’re feeling lonely. If you communicate that to them and try to make more effort to communicate well, you should notice a big difference.

It would also help to listen to them too. Chances are if you are feeling lonely in the marriage, your partner may be feeling the same.

All married couples argue from time to time and that’s fine. The key isn’t avoiding the arguments, it’s learning how to disagree in the right way. If there is a problem, you should be working together to overcome it. But if your arguments often descend into personal attacks and issues that you have with each other outside of the disagreement, that’s not a good sign.

It shows that you are deliberately trying to upset one another because there are resentments that have been building. It also means that your arguments aren’t going to get you anywhere. Instead, you need to make sure that you’re staying on topic and not flying off the handle and saying things that you might regret.

If you do have issues with your spouse, you should calmly explain your problem in a respectful manner without attacking them. Then you can work through it together and it won’t be an issue.

If you can learn to spot the signs of trouble in your marriage, you have a much better chance of fixing things, however, it’s important to accept that sometimes, there isn’t anything that you can do and your best course of action is to go your separate ways before you cause one another more hurt.

Dealing with a divorce is so tough and so many couples do it the wrong way and make the situation a lot worse than it needs to be. If you have children together, they should always be the priority and it’s important that you make sure that they understand what is happening and why. It’s hard to discuss a divorce with your child, especially if they’re very young, but you need to try. Explain the situation to them and reassure them that it is not anything to do with them and your feelings haven’t changed towards them at all.

It’s also important that you both try to stay civil with one another and go through the process without arguing about things too much. You’ll both need to find expert divorce solicitors to help deal with the legal aspects but when it comes to splitting up your possessions and deciding what to do with the house, try not to let your feelings cloud your judgment. If you end up trying to score points against each other, the whole process will get very nasty and you won’t end things on good terms.

If you make an informed decision to end your marriage because you realize that things aren’t working, you can end on good terms. But if you continue to live in denial and let the resentment build, things will not end well between you. That’s why you need to look out for the signs that your marriage isn’t working and then either try to work through it and rebuild things or bring your marriage to the end.