A tale of two doggies part 2 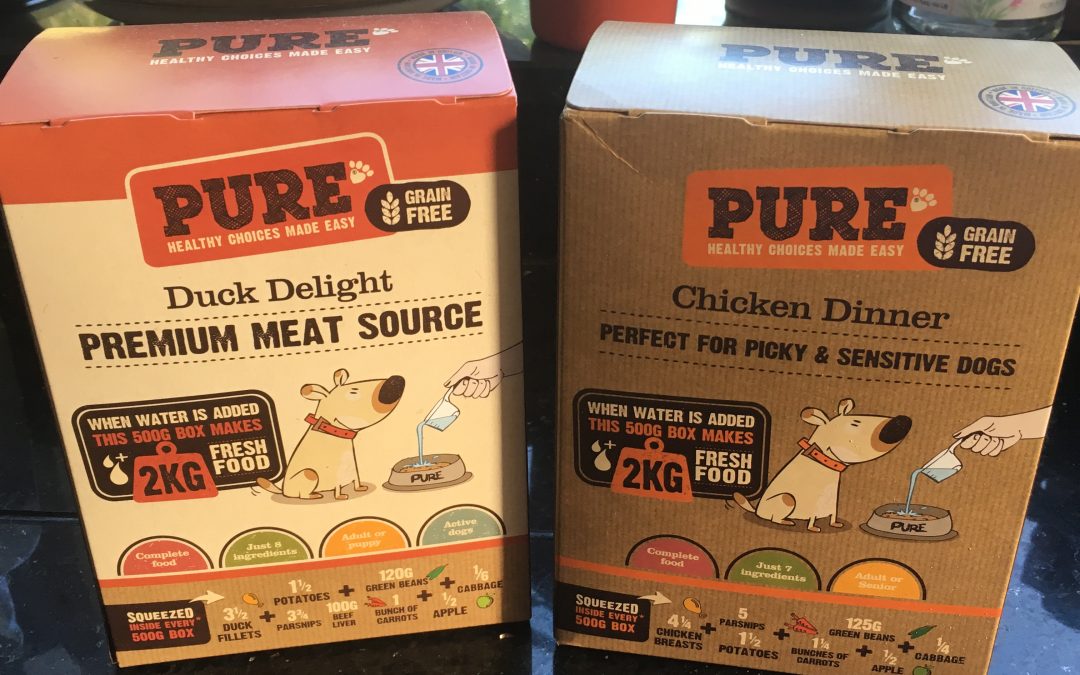 I wrote a little bit last week about my two dogs, and the never-ending conundrum of trying to feed the two of them.

Sirius, the working cocker spaniel, will eat anything at top speed and has no idea when to stop. He is a dream to feed but I do need to watch his weight.

Sykes, the toy poodle is a bit fussier. He likes to eat slowly, take his time over his food and some days he likes to not eat at all. When he belonged to my mum she used to really worry about this and when he wouldn’t eat she would tempt him with morsels until he ate something.

But now he has moved in with us, he has a bit of a problem. I feed the 2 in different rooms, but once Sirius’ bowl has hit the floor, Sykes has approximately 45 seconds to engage with his food before Siri has finished his bowl and comes to pester him. Siri has a small amount of patience and won’t steal from the bowl if Sykes is eating it, but if Sykes even starts to look away, then Sirius is right in there.

If Sykes doesn’t eat his food immediately, he doesn’t get to eat at all. Although this sounds harsh, I’ve realised over the last 4 years that this is all fine. When I take Sykes to the vet, he is not losing weight and he always looks bouncy and healthy. People always say he looks younger than his 7 years.  So it could be that he just knows how much he needs to eat and sometimes he just doesn’t need the extra food.

Sykes quite likes the kibbles I feed him, but sometimes I have wondered if his teeth hurt him a bit and maybe that’s the reason why he doesn’t tuck in with gusto every day.

So when I was asked by 2 dog food companies in one week to try out their food, I asked one company to send me food aimed at Sirius (you can read about that here) and I asked the second company Pure Pet Food, to send me some samples for Sykes to try to see if I could find something that would suit him better than kibbles.

I’ve seen quite a few adverts for Pure Pet Food. Their selling point is that they are providing food for pets which is human-grade meat and vegetables, but freeze-dried, so it’s easy to store. All you have to do is reconstitute it with water and you’re good to go.

I realised as soon as these arrived that because they are not kibble based, these foods would be suitable for both dogs. With their current food, I have to get different types for each of them because Sykes needs small delicate kibbles and Siri would probably inhale those without chewing.

I feed the dogs twice a day, so for the first meal, Sirius had 1 ½ scoops and Sykes had ½ scoop. I reconstituted it with the same volume of water using the scoop provided, waited for a few minutes and then added a half the normal quantity of their kibble.

The mixing was easy to do and there was definitely no bad smell.

The food mixed up reminded me of a tinned food that I used to eat as a student called Chunky Chicken. I wouldn’t say it looked particularly appetising to me, but I could see that it was made of real meat and vegetables. I did have a very quick taste as it’s human-grade, and it wasn’t completely disgusting, but at the end of the day, the proof of the pudding is more about what the dogs made of it.

Sirius, as expected took one look and wolfed it down. It’s in his bowl and I’m giving it to him, therefore it is food. He eats before he thinks, always.

Sykes, also as expected took a sniff and really wasn’t sure.  He ate some kibbles first. I kept Sirius away from him and he did eventually eat it all, but he kept stopping, walking away and the whole process took more than 10 minutes.

Over the following few days I tried both the chicken and the duck flavours in all sorts of combinations: with lots of kibbles, some kibbles, or no kibbles – occasionally with a bit of what we were eating;   loose and floppy like gravy, stiff and chewy, or somewhere in between.

A couple of times Sykes seemed quite enthusiastic, but certainly no more so than when he was just eating his normal kibbles. He also had a bit of a problem in that if the food was too liquid, he would get it on the hair around his snout and get in a mess with it. Then it dried solid and we had to wash it off him as he couldn’t seem to clean himself.

If we only had Sykes, we could probably use Pure Pet food more often, as it looks fab. If it could be left down for longer, he would probably pick at it all day until he was happy. But sadly, that’s not the way this house works…

So all in all, I probably wouldn’t change Sykes regular food to Pure as I think he prefers what he has, but I would consider buying it for him occasionally as a treat and a bit of variety.

But despite deciding not to continue, there was one big advantage to this food for Sykes, which I hadn’t expected.

Throughout the experimenting, true to form, Sirius wolfed down every combination that I gave him, licked his bowl clean, and then went and finished Sykes food too if he got the opportunity.

Sirius has an eating bowl with baffles, to try and slow down the time he takes with eating so he can digest better. Even with the baffles in the bowl, he still finishes his bowl of dry kibbles in approximately 45 seconds.

However, I discovered that if I make the Pure Food towards the stiffer end and push it down into the bottom of his bowl with a few kibbles on top, then it takes him quite a bit longer to eat it. He can’t just hoover it up, he has to lick round all the corners with his tongue and he doesn’t stop until every last morsel is gone. On one of the meals I served, this took him over 4 minutes.

This is fabulous news – not only is it good for Siri’s digestion, to eat a bit more slowly, but it also gives Sykes just that little bit of extra breathing space until Sirius is on his case, which would make mealtimes much less stressful for him.

I won’t replace all of Sirius’ meals with Pure, but I would consider buying some for him on a regular basis, to give him some variety, and also to assist his digestion and Sykes stress levels.

I’m really glad I got the opportunity to try this out and would thoroughly recommend any dog owner to give Pure Pet Food a try.