The time is now: How to make sure you’re happy at work after lockdown 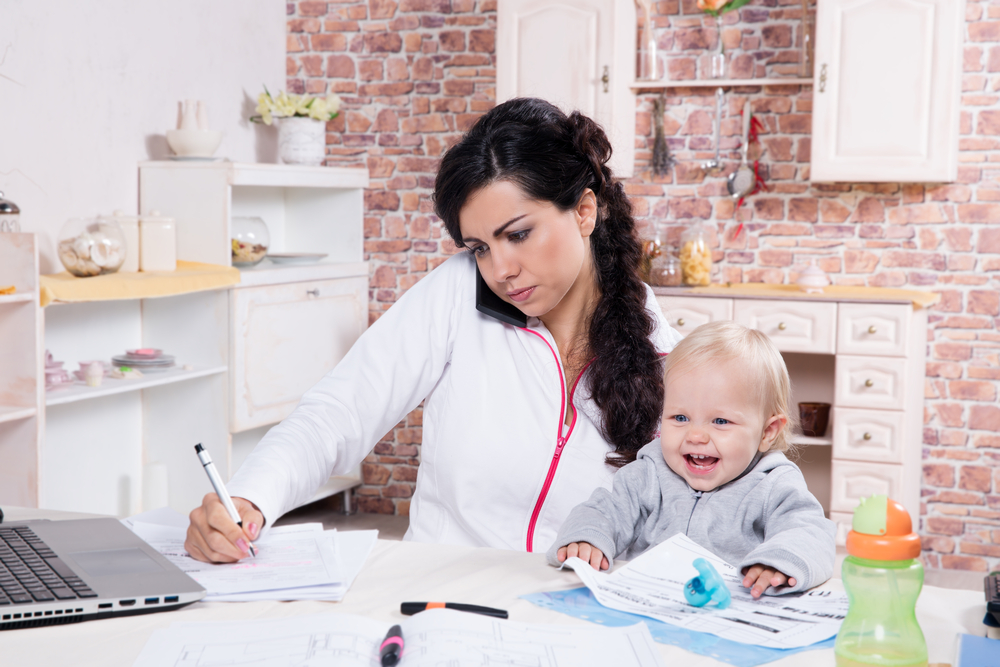 Lockdown has provided us with a chance to take a step back from ‘normal’ life, and now’s the time to
figure out how to make sure you’re happy at work when it’s over.

Don’t worry, I’m not going to preach to you about how you should be using this time to do online
training, learn a language or take up a new hobby. Because, really, who has the time?

These are stressful times for parents, lockdown has forced many of us to work from home with the
kids around. But it’s also given us a chance to spend time together as a family. Would it sound mad if
I say it’s made me happy too?

Trying to focus on writing articles while my pre-schooler demands snacks has been hard and writing
emails with my 10-month-old balanced on my knee has been a challenge. But, I ‘ve enjoyed not
feeling guilty about dropping them off at nursery every Monday morning.

The last two months have made me see just how important spending time focused on my children is,
for my mental health and theirs. I’ve also enjoyed being able to plan my own time and focus on my
career, rather than rushing around to attend appointments and meetings.

The working world will never be the same again

Back in March, the world of work changed overnight and since then employees have been able to
prove that, despite years of reluctance from their bosses, they can be productive whilst working
remotely.

So, whether you’ve been furloughed from work or made redundant, and have had time to consider
your next career steps, or whether you’re enjoying working from home and want to continue with that,
I wanted to tell you – now is the time to make it permanent!

Life has been put on hold, and we’ve a chance now to make sure we’ve got a clear idea in our head
of what we really want before we decide to hit play again.

It’s a daunting prospect, considering making the move from a stable, 9 – 5 job and into the unknown
(if you’re now singing that song from Frozen, give me a virtual high five). But there really will never be
another opportunity like this to take a step back and focus on what you really, really, really want
(okay, now I’m singing Spice Girls!).

Just under four and a half years ago, I was absentmindedly plodding along in a corporate job, the first
permanent role I’d had since leaving university, when I was told I was being made redundant.

A situation made even more scary by the fact I was ten weeks pregnant.

What followed was 18 months of being off work and a daunting return to employment once my
maternity leave had come to an end. I looked into flexible roles that would allow me to be at home on
a Friday with my son – but to no avail.

In the end, a friend kindly directed me to a Facebook group advertising freelance roles and, for the
first time since my early twenties, I considered becoming a freelancer.

I found an opportunity working for a local PR agency who needed help running social media for their
clients. It was my first step into a world that I found much more interesting and that job was soon
followed by a couple more clients from another agency.

Had it not been for being made redundant, I am certain I would have stayed in my old role, but I wish
I’d left it sooner. I wish I’d followed the dreams I had for my own progression rather than letting others
dictate it for me.

Freelancing isn’t always easy, but it’s worth it

I spent about two years keeping an eye out for suitable, permanent jobs and even went along to
interviews for some. I was really frightened of letting go of the view I had that I needed a ‘proper’ job
to survive, to be able to provide for my children and contribute to my home.

It wasn’t until another 18 months later that I finally decided enough was enough. I’d been to a
particularly bad interview and realised I was doing this all wrong. I sat in the car and cried on the
phone to my partner: ‘I don’t even want to work in flipping Bradford,’ I told him.

I knew then I needed to focus on what I really wanted to do, what I was really good at. So, on the
drive home I started formulating a plan to start working with clients directly and setting up my own
business as a Social Media Manager.

Suddenly, I had so much more confidence in my ability to do my job, because I knew I’d be pitching
for work that I could definitely do and not having someone choose it for me.

I knew I’d be able to focus on working with businesses that I felt passionate about, ones where I could
join in their mission, rather than following the wishes of the company I worked for.

And, of course, there was the fact that committing to becoming a freelancer allowed me to have the
flexible working lifestyle I desired, so I could be with my boy. That guilt on a Monday morning was
replaced with excitement for the Harry and Mummy days we would have every Friday.

In fact, I recently made the decision to re-brand and focus on content creation: I am a freelance
content writer, creating engaging content that inspires, supports and just generally brings some cheer
to working parents.

You can find more of my work www.mumfullofdreams.com

So, I can finally say that I write for a living, a lifelong goal.
How many people can say they’re doing what they always wanted to do?
Can you?