Back to School – Back to phone Gaming with Solitaire.org

Latest, Parenting, Reviews and Giveaways, Well-Being and Self Care | 0 comments 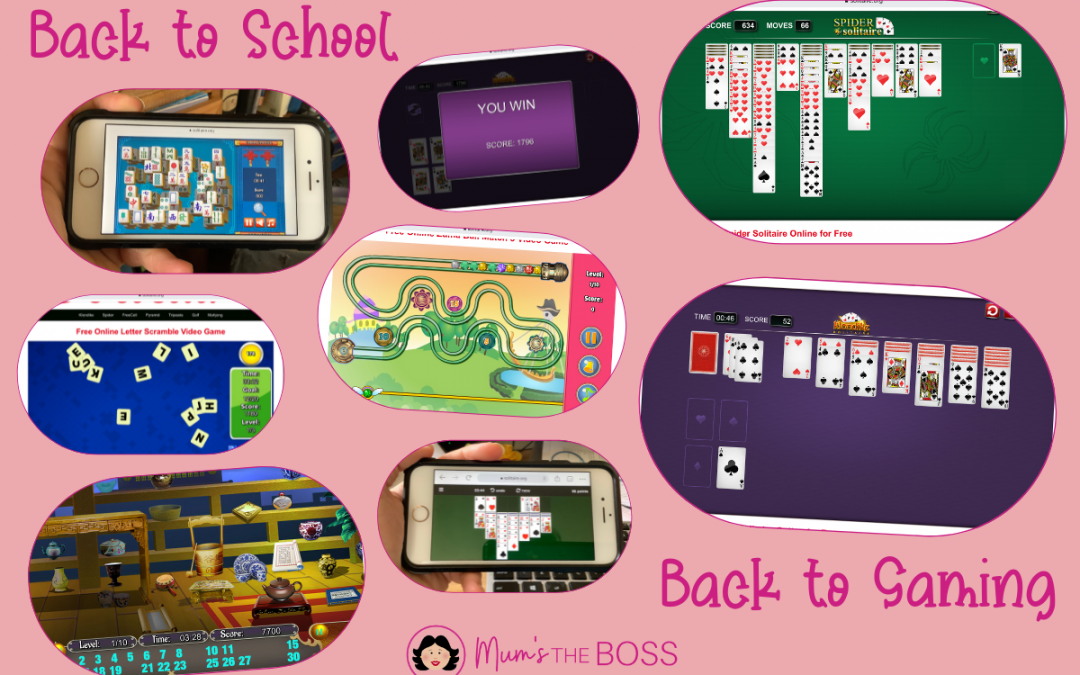 So here we are – school is in full swing again, and Mum’s Taxi is back in business, after what seems like a very long time off the road. For some reason, we decided to send our son to a secondary school 12 miles away without a direct public transport route. It’s definitely the right school for him, but it does mean that there are long and complicated school runs to be organised. Not only that, but the school catchment area is quite large and he now has good friends that live a 40-minute drive away, so he is forever asking for lifts to and pickups from far-off places.

The consequence of this is, that I quite often find myself sat in my car in some random place, waiting for the young folks to do whatever it is. That, coupled with my weekly train trips up to town for choir rehearsals (which have also started again after 18 months online!!!!) and I find myself with quite a lot of odd moments of downtime.

I could engage on my social media channels, and quite often I do, but I have also developed quite a strong online gaming habit. I’m sure I’m not the only mum in this situation – in fact, I know I’m not because I see so many of you on Facebook or in the league tables of the games I play…

I’ve always been a bit of a computer gaming nerd, right from the dawn of the gaming industry. I grew up in the seventies as an only child, so often had to get used to playing alone – solitaire games of any sort have always attracted me. My parents bought me a Pong game to plug into the television in the late 70s – it must have cost them a fortune! I had a ZX81 and a Sinclair Spectrum in the 80s and passed my computer Studies O’Level in 1984, the first year it was offered at my school, when even the teacher in that class knew nothing of computing or programming and we pretty much had to teach ourselves.

Once I had my own PC at work, I quite regularly idled away my time with Solitaire, Minesweeper, and then later on Freecell and Spider Solitaire (don’t tell the boss!). So it’s no surprise really that once smartphones came along, I got sucked into the huge range of gaming apps that are out there.

I tend to play short games with a few simple rules, which are more like logic puzzles really. That type of game suits the time windows that I tend to have – you can while away ten minutes parked in the school car park just perfectly, with a few levels of a short and simple game. I like card games and word games – match-three games and other kinds too.

A few years ago I got seriously addicted to Candy Crush – I blame my daughter for that one. This was one of the first games I played where you could ‘compete’ against your Facebook friends, and so I did. One day my daughter told me that everyone in her class was in awe of me (and by definition of her) because their mums had told them that I had reached a really high Candy Crush level. So of course I continued ever upwards – for the honour of the family…

Of course the gaming apps are quite canny. They let you play for free but then you can buy power-ups that help you to defeat the really hard levels. Then they make the levels harder until your frustration gets the better of you – £1 here, £2 there – I’m afraid I spent quite a lot of those little sums as the higher levels kept on defeating me. And before long, it starts mounting up…

Once I finally faced up to the fact that Candy Crush was taking over too much of my time and I deleted it, I promised myself I wasn’t going to pay for gaming like that anymore.

I still play phone game apps – lots of them. I feel that they keep my brain active and ticking over, But I don’t pay any more – I just tolerate the fact that I may have to do a hard level lots and lots of times before I finally get through it.

The gaming companies have another way to try to get you to pay for your gaming too – you can pay for an ad-free experience. If you don’t pay for this, then every couple of games, you have to watch a 30-second ad about one of the other game apps that are out there. These can get a little repetitive and very annoying – especially when they show you an ad for a game you are already playing… I know what they want from me, but I’m not giving in!!

My favourite one right now is called Solitaire.org – it’s a website rather than an app, although if you play on your phone they do transfer you to an app for some of the games.

It looks like the folks behind this started by coding and collecting all the card games – starting of course with the original Solitaire game (which some people call Klondike). You can play it either by dealing one card at a time or three cards – I’ve always played the three-card version even when I used to use real cards as a child, so I haven’t even tried the easier version.

In card games though – my favourite is probably Spider Solitaire. It’s played with two packs of cards, and although some of the rules look similar to Klondike it’s a little bit different. I have a standalone app for this on my iPad already and play quite regularly. I like the fact that there is quite a bit more skill and logic involved – with Klondike you don’t have too many choices with each deal, but with Spider there are lots of things you can do, and you definitely get better at it with practice – trust me, I know these things…

Now that I’ve found the Solitaire.org app, I’m going to work my way through some of the other card games too. Some of them I’ve heard of, like Tripeaks, Canfield and Gaps, but there are many more that I have no clue about, and I’m looking forward to finding out more about them. There are helpful rules for each game on the site, but the best thing to do is to experiment with them – you soon pick up the rules.

The website looks a little bit wordy in places, but if you scroll down past the Klondike rules and the links to the other card games, you will find the lists of other games which they have added.

First up they have a big selection of Mahjong type games. The basic premise of these is matching tiles which are based around a traditional mahjong set. I’ve never really got into this genre but I might give some of these another go. These fit really nicely on my phone and so will be great for some of the places I find myself.

They also have some hidden object type games – I’ve seen plenty of adverts for this genre but never really been tempted. I’ve had a little try of the ones on Solitaire.org but I found the interface a little bit clunky on the iPad which is my gaming machine of choice right now. These would probably be better if you play on a PC.

Then next up is Match 3. I’m a little wary of restarting these after my immense Candy Crush addiction, but the Candy House game has no paid power-ups and no ads – so I can dabble without falling back under the spell!

Within the Match 3 category, there is another game called Zuma, which I hadn’t heard of before, where you shoot balls to make rows of 3 – I can see this becoming a firm favourite of mine. There is a 100 level version, and I will definitely be working my way through that.

At the bottom of the list they have Nonograms, Sudoku, Crosswords, Word searches, and other similar Games and Puzzles – there really is something for everyone on this site. I’m looking forward to see what is coming next.

Overall I’m very impressed with this site. it’s lovely to have so many games at my disposal without the constant sales pitches for power-ups. I don’t need all the bells and whistles that some of these app developers have included.

The graphics of the games are slightly more simplistic than some of the dedicated apps for the same games, and a few of the game features that I’m used to are not there, but playing a games app without ads is an absolute joy and I hope it continues this way for a long time. I presume the developers will have to monetise the site at some point – hopefully, they will find a way that is less irritating than the traditional apps – but for the moment it’s an absolute breath of fresh air for a middle-aged mum gamer like me.