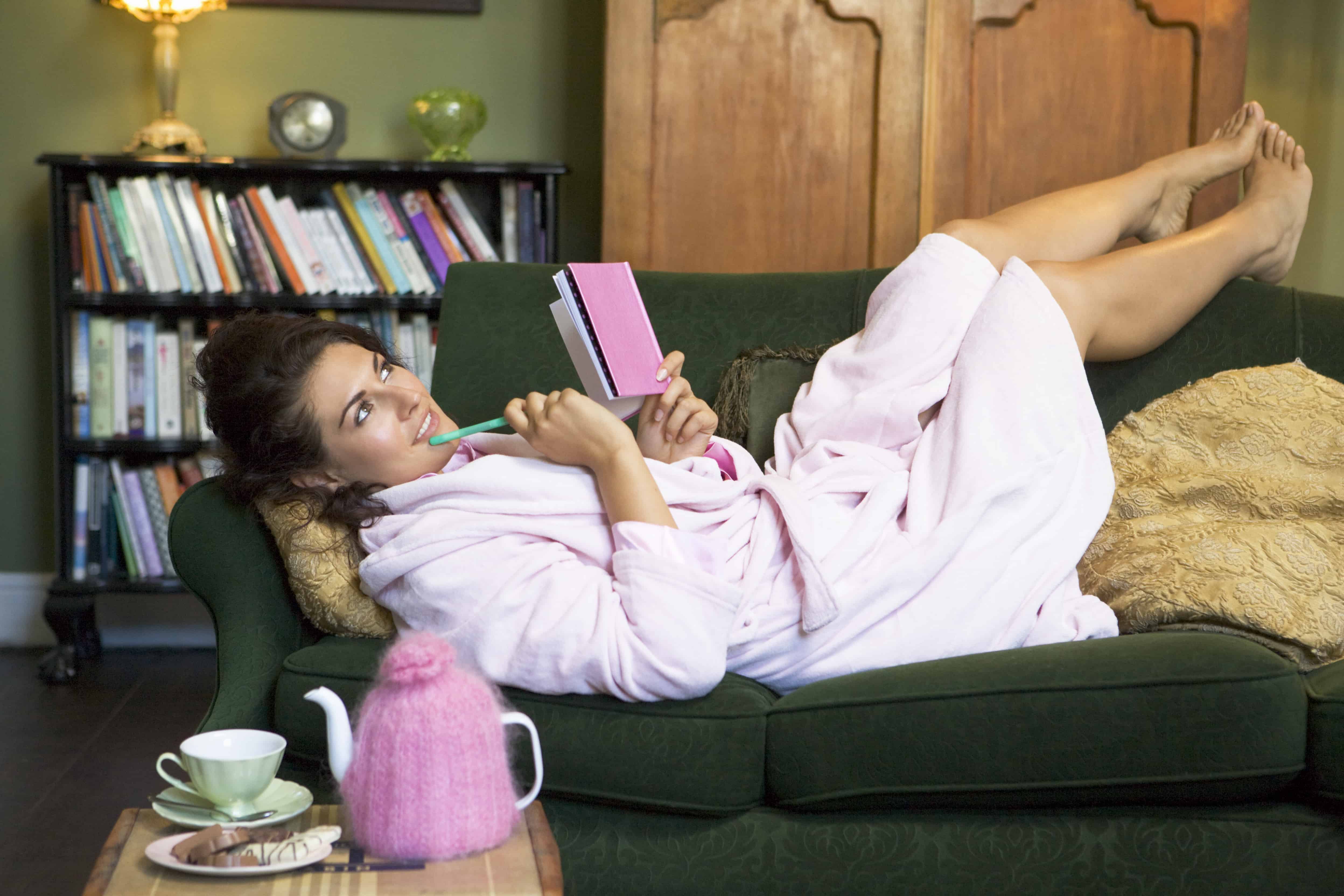 This year I want to blog more consistently, so I have looked at my most successful blog posts, to try and establish some rules for how to write the perfect blog post

I’ve been blogging for over eleven years now, first with Motivating Mum and now with Mum’s the Boss. I have had a certain amount of success with my blogs, especially on the social media side, and I would describe Mum’s the Boss as a medium-sized, well-established blog, which has produced a reasonable income and lots of fun experiences for me and my family.

I haven’t broken into the big time yet though, and a big reason for that has been that blogging is not at all the only thing I do, and for quite a few of those years, it has been quite low on my priority list.

But three or four times during the last few years, I have published blog posts that have gone stratospheric. Even now, one of my posts which is over 18 months old (number 3 below) is still bringing in more than half of the total page views that Mum’s the Boss gets.

I have set myself a target for 2021 and beyond, to write some more of those amazing golden posts – the evergreen posts that find a niche and dominate it for months on end. I’d like to write one per month if I can, and see if this year I can take Mum’s the Boss to the next level. But how to write the perfect blog post, and where to find the inspiration?…

And so, for my benefit as much as yours, I am going to look at the couple of times that it has happened for me before, and see what lessons I can learn, to feed into my golden blog post blueprint.

In the summer of 2011, I had the chance to speak at Cybermummy, and as a result, I was contacted by voucher code company Savoo, and asked to act as a Brand Ambassador for them. As a reward, they invited me (at their expense) to the annual conference of their parent company in New York, which was completely amazing.

During the conference, one of the speakers (not the keynote, just a sideline) was talking about extreme couponing and giving tips on how to do it. I must admit, I found most of it a bit ridiculous, but I figured that there were one or two tips from it that I could bring home to money savers in the UK.

And so, because I was a Savoo Brand Ambassador, and they had taken me to New York, I wrote a big review of the conference and another post focusing on the extreme couponing element of it.

I had no idea then that I was right on the edge of a trend. Extreme couponing was just what recession-hit Britain needed apparently…

The first I knew of it was when somebody from the Sunday Times asked to interview me about extreme couponing. I said yes, why wouldn’t I, and then it all went mad. Over the next three months I was in the Express, the Mail on Sunday, Daily Mail, appeared on the Six O’Clock News and the One Show, and gave radio interviews left, right and centre.

Somewhere along the line, the press garbled my story – I became the mad couponing lady who was so obsessed that she paid to go to New York for couponing lessons. You can imagine what sort of comments I got on Mail online for that… But I decided to go with it and enjoy my fifteen minutes of fame. I played along, and my blog went completely ballistic – the effect lasted for at least a couple of years after the press got bored and went to find new mad people to bait.

Try to pick a topic that is just beginning to trend, but just before everybody starts talking about it. This happened to me totally by accident with this one, but it’s something I will look out for in 2017.

Try to find a quirky angle on it. I think the concept of somebody paying for a flight to New York to learn how to save money on groceries is utterly daft – I wish I had thought of it myself….

This is a not-so-good lesson learned – Motivating Mum was not a site about money-saving – it was supposed to be about mums working from home. I never expected the couponing thing to take over, but it really did for a while, and to be honest it distracted me and other people away from what I thought I was writing about.  When I set out to write golden blog posts this year, I will aim them specifically at my target market, which is much clearer in my own mind now.

When I took over Mums the Boss in 2012 I had a good look at the blog. I knew it got slightly more views than Motivating Mum did at the time, and I could see that there were lots of good business-related posts to appeal to mums working from home. I was really excited to get into Google Analytics and see which of them were the most successful, so I could learn from the style of those and produce more of them.

Guess what – a substantial number of the top 10 blog posts were about cake.

When I took over Mums the Boss, its biggest line of business was mums business networking. At every meeting, they had homemade cakes and the recipes were on the site. And that’s what the readers liked best.

Even now, the networking events have finished, but a post from 2012 is still among my top 10 most viewed – Mary Berry’s banana and choc chip loaf

This could have something to do with the Great British Bake-off and the rise in celebrity value of Mary Berry.

In 2014 I got wind that a new MLM company was launching in the UK.  Younique had been one of the fastest-growing direct sales companies in the US and the UK launch was set to be huge.

I love the idea of direct sales – I have joined quite a few companies in my time, although I never hit the big time with them because I don’t dedicate myself full time to them.  But I thought I could use my blogging empire to join Younique and recruit a team, and so I joined right at the start and wrote about it – I became a Younique presenter – was it worth it?

One of the reasons that this blog post became phenomenally successful was the simple explanation of how UK people get paid in Younique.  When Younique launched in the UK the people at Younique head office had only dealt with payments in US$ and the system they used to translate the prices and the payments into £ was really confusing – even the people at head office didn’t understand it when you phoned customer services about it and a lot of British presenters were getting really angry.

Now I’m a bit of a numbers nerd, so I decided to simplify the explanation of this, and set it out so that people could understand it.  And while I was at it, I looked honestly at all the good and bad things for working for this company.

I’m not with Younique any more – a change of family circumstances meant I had to leave in 2015, and then other things took over and I decided not to continue with it.  But this blog post is still my most successful evergreen post – when I haven’t got a special promotion on it brings in more than 50% of Mum’s the Boss total page views.

I was very lucky to be a Blog Ambassador for Merlin Annual Pass for 2015, 2016, and 2017.  Clearly, mums who run home businesses are the kind of people who love to save money on a Merlin Annual Pass for their family, because my posts on this subject always go mad. As for when I gave away a pair of passes in 2016 – my traffic for May 2016 was beyond amazing.

In 2016 Merlin asked the blog ambassadors to promote the Merlin Annual Pass January Sale.  We had all received Standard Annual Passes, but they promised Premium Annual Passes to the bloggers that could drum up the most traffic to their site.

So I wrote a great long post – Merlin Annual Pass January Sale and I promoted the heck out of it on social media from January 1st through to 13th February.  I tweeted, posted on Facebook, Instagram, Pinterest, sent it out to all my friends and much more besides.  And guess what – I won my premium pass!

Merlin asked us to promote the January Sale again in 2017, but we weren’t allowed to blog about it until 1st January 2017. But look at my page views for the post I wrote in January 2016- they started climbing again in mid – December reaching more than 500 a day in the week from Christmas to New Year, and only slowing down once I published my 2017 post on 1st January. Without writing a single word, I made a head start on my goal to drive traffic to Merlin in 2017.

Lessons learned from these posts

So here in summary are the points I have learned from my golden blog posts which I hope I can translate into writing some more amazing posts going forward.

If you have any other tips you would add please leave them in the comments below, as I am always learning.

Thank you for the tips. I can really relate to the cake-posts getting the most hits. We kind of have the same effect with Slovak Garlic Soup. Tried to get it related to other posts of ours that is mostly about traveling, but there just seems to be something about that soup. 🙂

It does sound delicious!

Hi Debbie, This was really insightful post. Another thing i’ve found that helps is to update old post with new info, that way you can get new visitors in addition to the ones you currently have. Hope that helps Cheers Madi

E-Commerce for Mumpreneurs | Mum's the Boss

[…] sure you use relevant headings, and that any images have relevant alt-text. Add regular blogs on your website, to keep the content current and interesting – Google loves a site with […]