Parenting, Reviews and Giveaways, Well-Being and Self Care | 0 comments 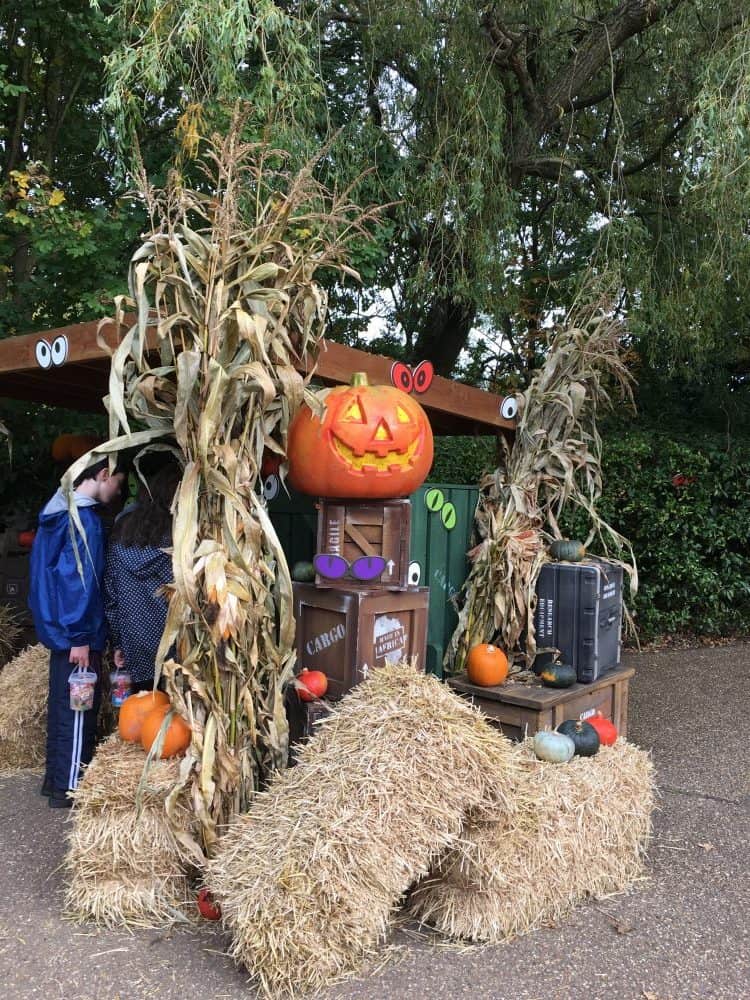 We decided to see how much fun we could have with a Merlin Annual Pass this half term. First stop Chessington World of Adventures…

During the last year we have been blog ambassadors for Merlin Annual Pass. We received four Premium passes at the beginning of the year, and a brief to have as much fun as possible and write about it.

Now I don’t know about you but I sometimes find the October half term quite difficult to entertain the children. The weather can be dreadful – it can be dark and cold and wet, and the children are tired and fed up after a long half term back at school.  So I thought it would be fun to go on a bit of a Merlin binge over half term and see exactly how much fun we could squeeze out of our Annual passes.  So, first stop Chessington World of Adventures…

We are lucky to live very close to Thorpe Park, so Legoland and Chessington World of Adventures are within a short drive for us.  Sadly this means it is not really necessary to try out the hotel and resort accommodation on offer ( I love the idea of glamping) but it does mean that we can pop in and out in a day without any bother.

Glamping at Chessington World of Adventures

So I went with my two children, aged 13 and 11, and each of them was able to bring a friend, as the Premium Merlin Annual Passes came with several vouchers allowing us to Bring a Friend for £10.

Thankfully at that age, the children are more than able to stand in the queues and go on the rides by themselves, so they decided they wanted to go on the Vampire first and they joined the queue while I went and sat in a cafe for a while to wait for them. I was pleasantly surprised that the queue which was advertised as 90 minutes, turned out to be more like 60 – I think it is great that Chessington is managing expectations in the right way.22

After the Vampire they went on a few more rides, then we stopped for a bite to eat in the Vampire burger bar.  The food was served very quickly and we got a 20% discount with our Merlin Annual pass.  The cafe was clean and there was plenty of seating.

After lunch the 13 year old girls were getting a bit tired of the 11 year old boys, so we split up for a while. We bought a fast track ride for Dragons Fury (they cost £6 per rider but our Merlin Annual passes allowed us £5 off 1 Fasttrack ride at Chessington World of Adventures, so I paid £4 for the 4 of them).

During the break I took the boys to play on some of the arcade machines and remote controlled cars as they had some money in their pockets and were keen to be rid of it.  While they were doing that, I looked at some of the ‘beautiful’ decorations that had been set up especially for Halloween. 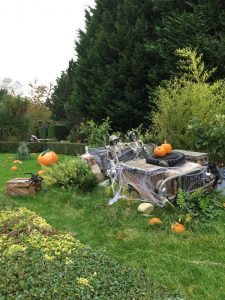 So the kids went on Dragons Fury and then we went home.

We could have stayed at Chessington World of Adventures  a lot longer, but sadly some of us had other commitments later in the day.  The park is open until 8pm over the Autumn half term, up to and including Halloween night 31st October.  That means that you can ride some of the attractions in the dark, and they also have quite a lot of staff members dressed up in spooky costumes.  There were quite a few face painters on hand too, so some of the children were also looking quite grisly as we went around the park.

All in all I think that Chessington World of Adventures is an amazing place to go with all the family over October half term.  It has rides and attractions for children of all ages, and lots of lovely animals, which I’m sure the younger children will enjoy seeing, even if mine were not so excited by this.  The staff are really friendly and helpful and they are really rocking the whole Halloween theme – in a fun but not too scary way.  They also have discounted tickets after 4pm for people who just want to enjoy a spooky evening.

The Merlin Annual Pass January Sale is now on