What are you procrastinating?

Think of one thing that you have been putting off for ages.  I bet you have one – we all do.  Something that is not urgent and has no deadline as such, but we constantly notice that it hasn’t been done and it causes us stress. 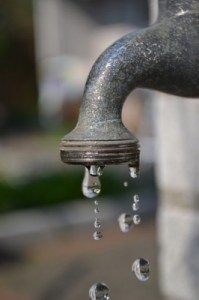 Let me tell you a true story from this week.  We have a filter tap in the kitchen  that has been dripping for about three years – I don’t know exactly how long.  I asked a plumber who was fixing my bathroom (two years ago) if he could sort it for me while he was here.

“Oooh I don’t know“,  he said (with that long face common to all tradesmen); “you will need to get the proper part from Moben then I will see if I can fix it for you.  But I can’t do anything without the right part”

Somehow or other this message was received in my brain as  “this job is so difficult that even a plumber can’t do it“.  I’m not very practical – the idea that I might order the wrong part and look like an idiot was holding me back – also the idea that getting the plumber back to finish the job after he had finished the bathroom and left, would probably cost me a pile of money before he even wielded a spanner. The perfect excuse for endless procrastinating….

Then of course Moben went into liquidation and the parts definitely weren’t available for a while – one more thing to make me believe that this job was impossible. But six months ago I became aware that another company was selling Moben spares , but by now the procrastination and fear was overwhelming me. I would rather do anything (even tax returns or ironing) rather than sort it out.

And so I procrastinated endlessly, and we put up with the dripping tap.  It drove me mad at times and I know it did my husband too  – it was a source of tension.  Eventually it got to the point where the children couldn’t turn the tap off even to dripping – they just weren’t strong enough to jam it shut, so I had to go into the kitchen and help them whenever they used water (my children are big and we should be past this stage….)

I knew something  had to be done and I guess it had to be me, because nobody else was volunteering….  So I went on the website where I get the filter cartridges from (http://www.apcdistributor.co.uk/in case you too are still looking for Moben or Tecnik spares), to see if I could perhaps be bright enough to figure out which part I needed. Lo and behold, in the Moben section there was a part listed that said:

“Underneath the small tap that is used to activate the  water filter, is a small gold & silver coloured valve, which is called a side valve.  If your water filter tap is dripping from the end of the spout (where the water come out from normally) then it is likely that you will need to replace the side valve.”

Fantastic clarity – even I could follow it. So I bought one of those – that wasn’t hard at all – and better still it cost me less than £10 including postage.

So that just left daring to get the plumber in to fix it and paying his inflated price…..

But the part arrived (48 hours after ordering) , and it looked like it had a nut fixing at one end and a screw thread at the other – the sort of thing that might be easily fixable with a spanner – even for a technical klutz like myself.

So I got my spanner, and turned the water off.  And to my surprise, changing the part was as easy as pie and I was finished screwing it into place within 10 minutes. The tap stopped dripping and was easy to turn on and off – problem solved.

Then I started thinking  How much time did I waste stressing over the dripping tap and/or worrying about the potential solution for it? In the end it cost £10 and took less than ten minutes to order and fit the part – what a lot of needless worry and stress.

I’d like to tell you I’ve learned the lesson and wil never procrastinate again.  But I reckon there are more dripping taps in my life that I just need to see to – and I bet you have one or two of them too x

So I am telling you:  think of that silly thing that you have been procrastinating for ages.  Go and get it done right now!  Then please come back and tell me what you did and how good it made you feel.

[…] efficient, stop procrastinating and just get the boring stuff done.Are you stressed because you are putting off something that scares you?  Then break it down into chunks and just face it. I promise that it won’t be as big or bad […]