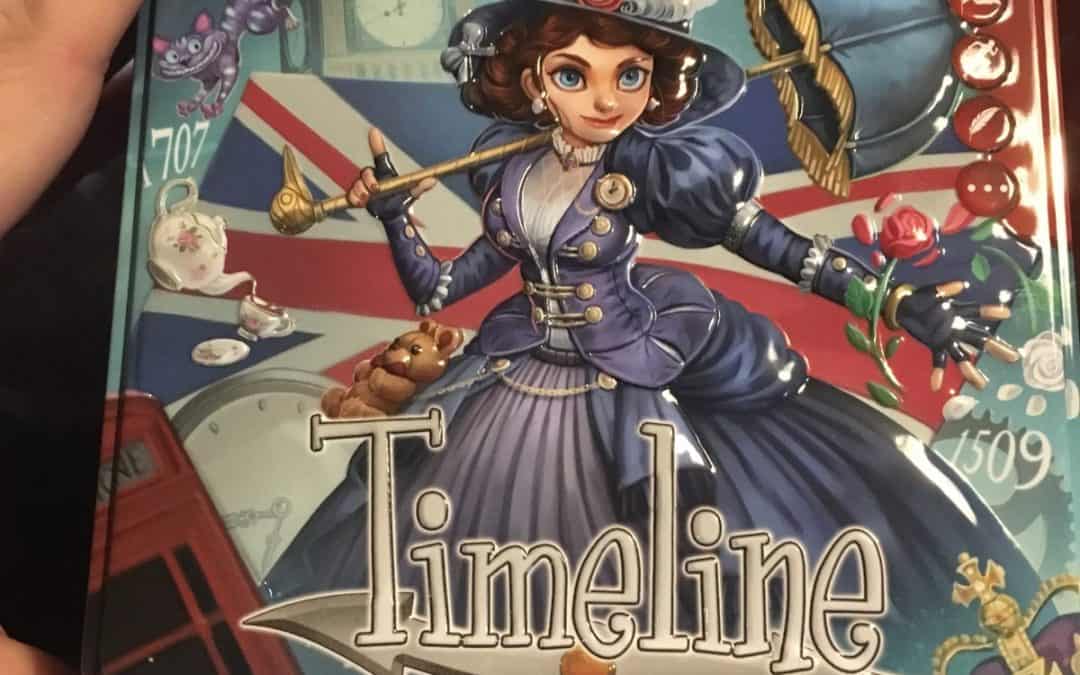 I am a proud member of the Asmodee UK Blogger Board Game Club. As such I review a board game a month for them.  This month we have been looking at the Timeline game, a lovely little card game in a tin.

I’m starting with a quiz today, so see how you are with history. 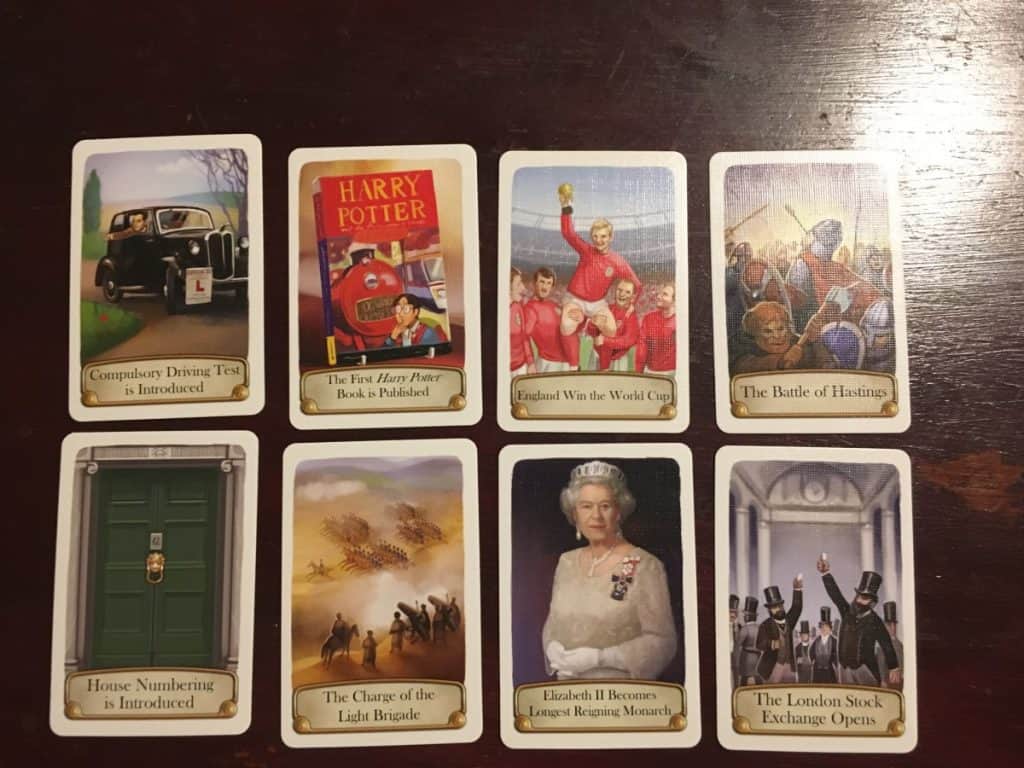 The Challenge is to put these events in British History into the correct order.

You can have one point for each card in the correct order and an extra point if you can give the exact year of each card.  The answers are at the bottom of this blog, so have a go before you scroll down.

This is the subject matter of the Timeline game, a deceptively simple card game which just challenges you to put events in the correct order. We tried out the British History pack, but there is also a Science and Discoveries pack, Music and Cinema, General History and General Interest, which can all be combined into a colossal card game, and also a Star Wars Edition which cannot be combined with the others because of course the Star Wars timeline is fictional, but it would make a good game on its own if you were a Star Wars nut.

The game comes packaged in a beautifully decorated tin. When I saw it for the first time I loved it already… 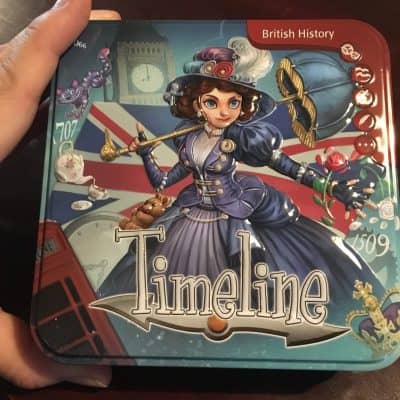 The cards too, are miniature works of art – small but beautifully illustrated.  One side of each card has just the event and the other side shows the date

Here’s how the Timeline game goes. You can play with 2-8 people (or however many can comfortably fit around your table and see the Timeline). Each player is dealt 4 cards to start with, dates downwards  (although when I played it with just my son we decided that 7 cards each to start with made for a longer more interesting game for 2 people). 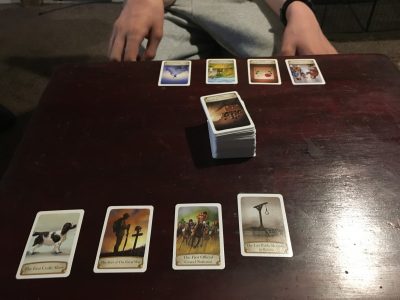 You start by playing the top card of the deck onto the table, date side up. Then you take it in turns to place one of your cards in the correct place in the timeline you are building together. if you get it right it stays there and if you get it wrong you get given another card in your hand to replace it. The winner is the first person to successfully play all of their cards.

This is quite easy at first, with only one card on the table you can probably choose one of your cards that you know for sure is either before or after that card. Looking at my hand in this game I know with certainly the date of the Great War, and I could quite happily place any one of my other cards somewhere between the Domesday book and wedding of Prince William to Catherine Middleton. But of course the timeline grows ever more complicated.  Once I had placed my Crufts card, was the First Grand National before or after that? I guessed, but sadly I guessed wrong.

I played this game with my 13 year old son.  He thought I would beat him hands down and his history knowledge was not great, but in the end he beat me 3-0 on the games that we played. It was a combination of some very lucky cards for him, and the fact that he knew with certainty when the Black Death was, having learned it in school last term, whereas I didn’t, and failed with one of my cards in that area. 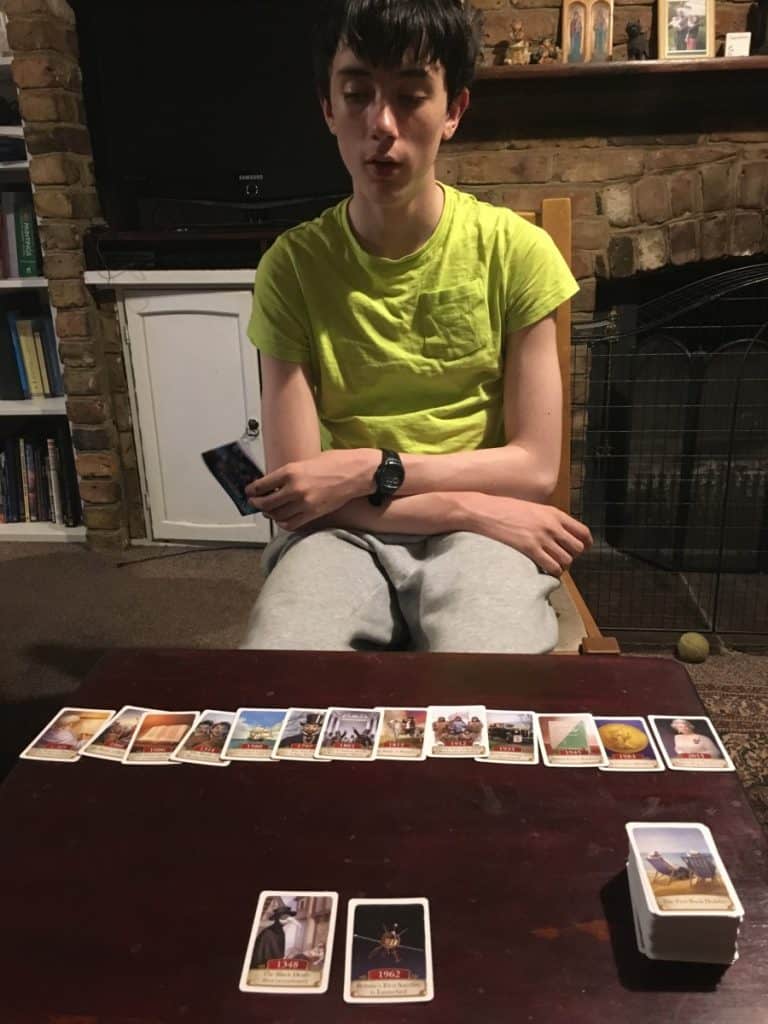 I’m really looking forward to playing this game as a family. My son and I had some great discussions arising out of this – historically based, and also the game just sparked other conversations. Although it was based around history, some of the events are a bit more frivolous (like the writing of Harry Potter) All in all I had a really good evening with my son, and chatted to him more than I have done in a while. I am definitely going to buy some of the other sets and I think this game will be joining our travel kit as it is small and easy to pack. I have nothing bad to say about it and will give it 5 stars!

And so, the answers to the quiz above. Did you do it?  Go on I challenge you to do it before you look at the answers. They are below…….

And the other versions are here – Timeline

And so – drumroll for the quiz answers……… 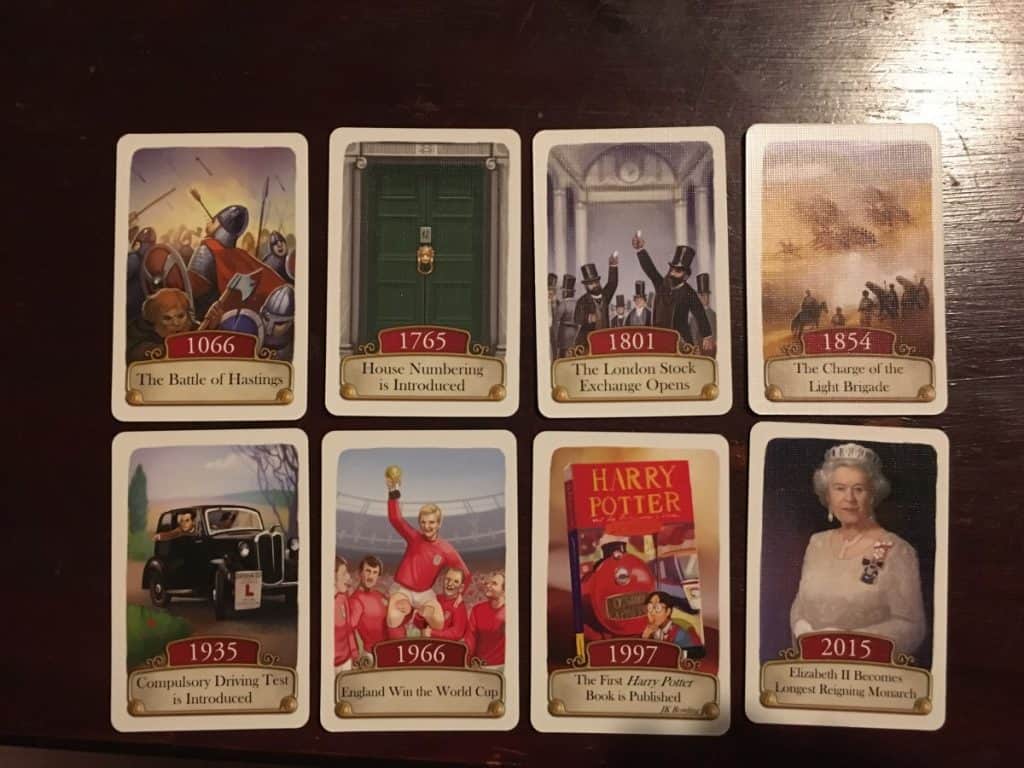 The correct order is

How many did you get? let me know in the comments.