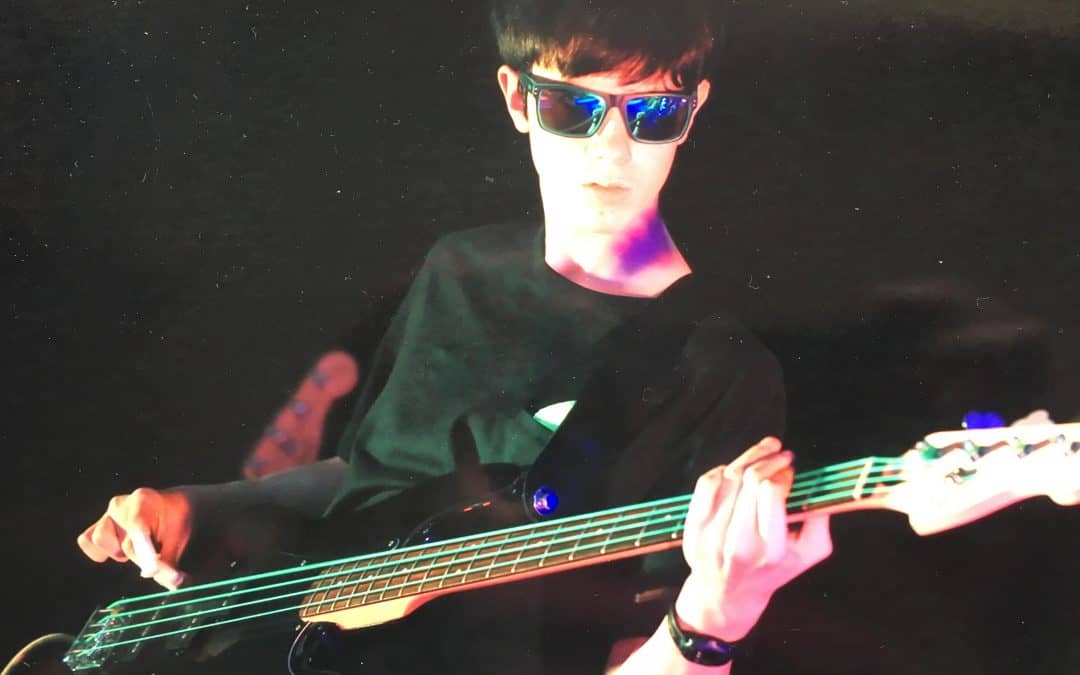 What is a blog for if you can’t use it to heap praise on your offspring now and again?

I had such a huge proud mummy moment last week and shared it all over social media but I think it needs saying here too.

Those of you who know me personally will know that my 15 year old daughter loves singing, the same as I do.  She does choral singing at school,  and in her spare time she attends British School of Rock (BSOR), which is a fabulous place for kids to learn to play and sing in a real rock band. That’s her favourite style of music and her happy place.

So, I’m used to going to see her in one concert or another, and I’m more than familiar with the goosebumps you get when you are coming out of a concert and you overhear somebody you don’t know saying “That girl (describing my daughter perfectly) – she was amazing!”

Seriously, proud mummy moments like those are what makes all the parenting slog and drudge of being a stay at home mum worthwhile. 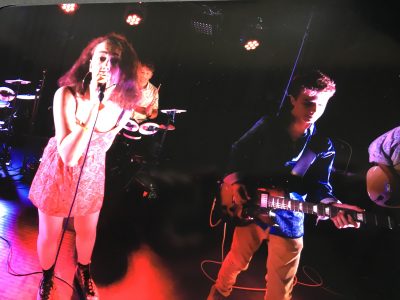 But that’s not what I’m talking about this time.

I used to hear him sing at primary school concerts and I knew that he has a very fine voice too, but he wasn’t really interested.  He joined the local community choir with my daughter and lasted less than a term. He tried piano lessons too – went for the best part of a year, but you could see he wasn’t really having fun. And I figured that was that.

I’m not a pushy mum. Although music is my passion, and I have got so much out of it, if he doesn’t feel the same I would never force him.

Well, last summer we went on holiday to Fuerteventura and I told him he couldn’t take his beloved Nintendo and he should have a screen break for two weeks. So he chose to take a ukulele instead, with a chord chart and a songbook.  By the end of 2 weeks he was really making some progress with it.  By the end of the summer he had quite a few tunes under his belt, and was really enjoyng the fact that he could transpose them to other keys with ease (which surprised me a bit).

So I asked him if he would like to learn guitar, or maybe bass, and my daughter told him he should have a go at British School of Rock.  And so (because he loves her)  he gave it a go.

He joined the beginners class, a class where the singers, drummers and guitarists are about 8-10 years old and some of them barely come up to his elbows.  My six-foot boy looked a bit out of place, but he didn’t mind.  it became very clear to me when I went to see him play at the end of each lesson that he had found his instrument.

In the summer each year BSOR hold a summer school which they call Britfest. The children are put into real bands – they rehearse together for a week and then put on a show at the end.  My daughter went for it of course, but it is intended for intermediate and advanced students, so I didn’t even offer to send my son – I thought it would wait until next year.

Then one of the bass players dropped out and the principal of BSOR contacted me and asked me if Eoin would like the place.  I said yes straightaway.  I primed Eoin for the fact that he would probably be in a band with lots of very young people but he said he didn’t mind.  Then the allocations came through, and he had been placed in the ADVANCED band.

That was eight weeks ago.  I treated him to a couple of private lessons, and the teacher showed him how he could modify a couple of the bass lines to suit his capabilities.  Then he practised like a mad thing, and something changed within him.  My gangly, lanky, nervous son became a bassist and a dude. 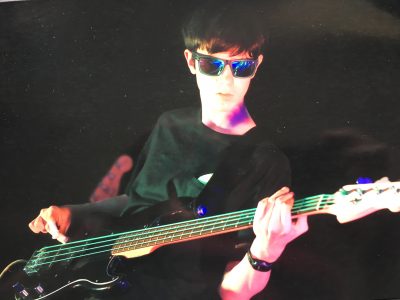 He tells me that he made a lot of mistakes in last Friday’s concert, and it could have gone a lot better. Maybe he did, maybe he didn’t, I didn’t notice. I just couldn’t keep my eyes off him.

We got him the sunglasses so he didn’t feel he had to look at people, which helped with his stage fright,  but they also served to make him look completely cool. And he did look cool, calm, in control and loving every minute.

It’s wonderful to see the change in him. I’m so thankful to the principal of British School of Rock, who clearly saw some potential in him, and I’m thankful to the bass teacher from there, who came to  our house, built him up, gave him confidence and made him believe in himself. My daughter supported him all the way too and his bandmates were kind and supportive.

But most of all, I just need to say that I am super proud of my son Eoin.  He took on a tough challenge head on and he absolutely nailed it.  I hope that I can be a bit more like him.

[…] very easy going, delightful young people now.  They do lots of interesting things and I have had a lot of fun with […]