The benefits of using in-season ingredients

Healthy Eating, House and Home, Latest, Well-Being and Self Care 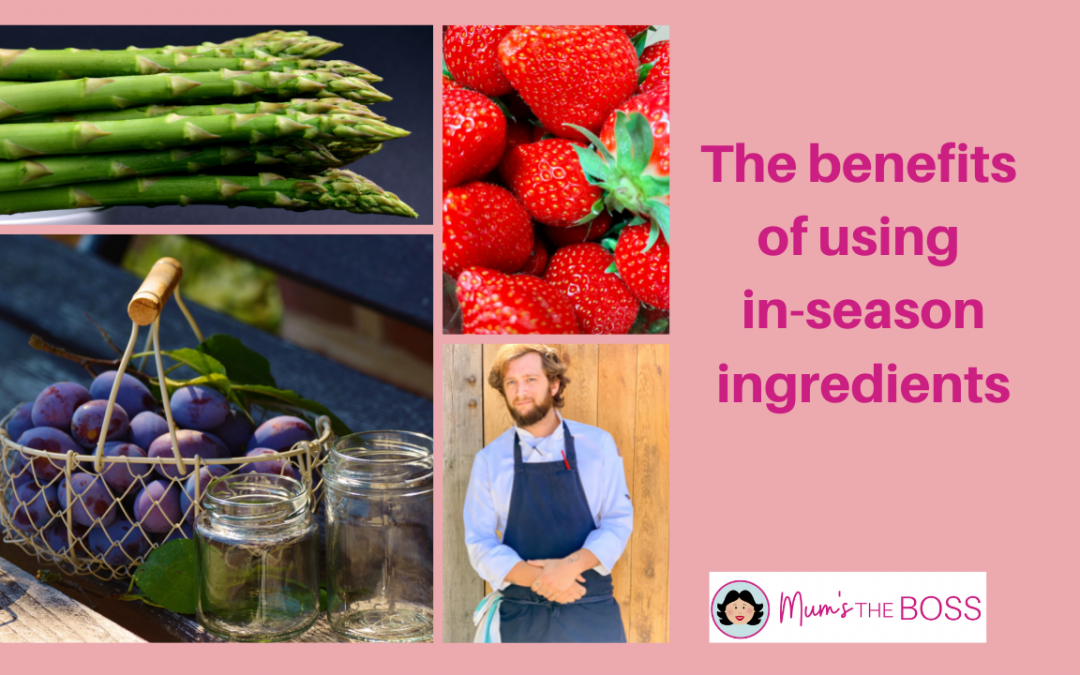 By Toby Geneen, co-founder and co-head chef at Kindling Restaurant

The Japanese call it shun, the precise moment in the year when any food is at its peak in terms of harvest and flavour. Imagine the snap of spring asparagus, the heady scent of summer raspberries or the crunch of freshly frosted cabbage.

In recent decades innovations in food and transport have created a much more global food market allowing supermarkets to stock exotic foods from all over the world, 365 days a year. While this is fabulous from a consumer choice point of view, we are missing out on the best produce, spending more money than we need to, and failing to get all the health benefits by overlooking seasonality.

When you choose ingredients that are naturally in season, you will get fresher, sweeter produce that tastes better. The joy of something perfectly ripe, is that very little needs to be done to it to make it taste amazing. Nothing compares to the taste of tomatoes grown outdoors and ripened in the late August sunshine. Fragrant, sweet and juicy, these tomatoes taste of tomato and need nothing more than some salt and pepper to sing on the plate – a far cry from the red bullets that are imported in December.

Imported produce is generally picked well before it is ripe to make it easier to transport. This is why the avocadoes we buy in the UK will never taste like the ones in Mexico! Imported food is kept refrigerated for long periods of time and doesn’t develop the same levels of nutrients as food that is allowed to ripen in situ. Seasonal food has a higher nutritional value because it is consumed riper and closer to the time of harvest, while food that is transported and stored for long periods rapidly loses antioxidants such as vitamin C, diminishing its health benefits.

Seasonal food also supports what your body needs. Summer foods such as tomatoes and stone fruits contain high levels of carotenoids which help protect us against sun damage. When ripened on the vine, tomatoes have plenty of time to develop lots of the red plant chemical lycopene. This has been well documented in safeguarding our skin from damaging UV rays and protecting against skin cancer. Summer vegetables are also naturally lighter and have a higher water content helping us to stay cool and hydrated. Although 80% of your daily water intake usually comes from drinks, the other 20% comes from foods. Cucumbers, lettuce, courgettes, and watercress are all excellent summer vegetable sources of water. By contrast winter veggies tend to be rich in starches. These help to provide the extra energy we need to stay warm in the colder months. What we eat sends signals to our bodies about the time of year. A warming pumpkin curry in October makes much more sense than a cold leafy salad.

If this isn’t enough, buying food in season can also be kinder to your wallet. When food is at its peak in supply it costs less for farmers and distribution companies to get it to your local supplier, which helps to reduce the cost to you. Local food also avoids any import costs. The more local you buy, the bigger the saving. Farm shops and veg box schemes are a great way to access the best of what’s available and learn about what’s in season throughout the year.

Using produce that is grown in the UK also reduces the number of ‘food miles’ and brings down your carbon footprint. There is less transportation, refrigeration, and fewer hot houses, all of which help to reduce air pollution. Not only is it environmentally friendly, but using seasonal produce supports regional farms and communities, helping to grow the local economy.

Call me romantic but I’ve rather fallen in love with the ebb and flow of British produce. Getting excited to taste the first forced rhubarb and awaiting the moment I can viably put deep-fried Brussels sprouts back on the menu in the winter. At our restaurant Kindling, our self-imposed restriction of buying local has become a catalyst for menu development. It has initiated dish changes, inspired new combinations and driven us to learn more about preserving things so we can use them later in the year. When we started the restaurant, we really wanted to live by seasonality and local produce, and we have found it both liberating and exciting.

At first seasonal eating can seem restrictive but it doesn’t have to be. Every time you buy produce that’s grown closer to home some air miles are saved and some flavour gained. You’ll soon discover how much better food tastes and how much easier it is to make a delicious meal when the produce you are using is at its peak. To keep things interesting have a go at preserving or fermenting gluts of summer produce so you can have those flavours later in the year. We love to make berry jams, tomato chutneys, piccalilli, gherkins, and fermented fruits. Then we can use them for a splash of colour and some zing in the colder months.

If you fancy having a go, here are a couple of recipes to get you started and help you preserve the taste of summer:

Fermenting fruit in brine is a great way to keep it for use later in the year. Fermented plums add a delicious punch as a sliced or diced garnish, or they can be pureed into a zingy sauce.

You’ll need a large jar suitable for fermenting, such as a Kilner jar with a rubber clip top lid.

Toby Geneen is co-founder and co-head chef of Kindling Restaurant in Brighton. Kindling is about more than just the delicious food, it is a community of people: staff, customers and suppliers all sharing and celebrating local produce. Nature writes the menu as the seasons inspire the dishes. Kindling is featured in the Michelin Guide and is a member of the Sustainable Restaurants Association.

Here are some other posts you may enjoy: