A moped for a 16-year-old? Brilliant idea or totally crazy? 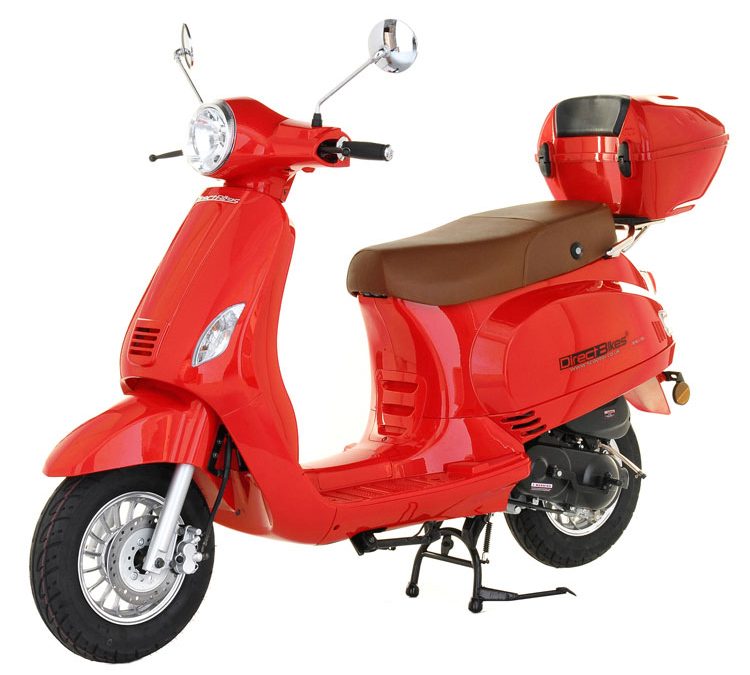 A moped for a 16 year old? Is this a brilliant idea or am I going mad?

I don’t know where the time has gone, but my oldest daughter has turned 16 and just passed her GCSEs with flying colours. I’ve been trying to think what to reward her with, and I remember that back in my day, all of my friends wanted, and many of them got a moped for passing their exams (but sadly not me!).

Is this still a thing? Should we buy her a moped too?

So, I turned her loose on the Direct Bikes website, who have an amazing scooter range, and reckon they are the UK’s No.1 scooter brand. This would be a great place to buy the scooter for her, with online ordering and home delivery options.

I asked her to consider the pros and cons of whether we should buy a moped for her now or should she wait for driving lessons next year.

Hmmm, tough one this – would I like mum and dad to buy me a scooter?

It was an issue that I hadn’t even begun to consider until she brought it up to me, as quite frankly I’m very in denial about the fact that I’m reaching the age where driving is an actual possibility.

A car had always been the obvious option for me, but I realised that I knew basically nothing about what owning a scooter even involved and so decided that I should probably do some research before deciding.

For anyone currently having a similar dilemma, here’s the summary of what I found out about buying and owning a scooter:

Here’s the good stuff about me getting a moped…

and here’s the not-so-good stuff…

So should I ask mum to buy me a moped?

Although I was quite excited by the idea of having my own vehicle now (I specifically love the Direct Bikes 50cc Milan Scooter in the picture), I’ve decided that I should probably wait.

I think that, for someone my age living in a quieter area with less reliable public transport, and a bit less traffic, a scooter would be an absolutely incredible investment, and would be very cool to drive too, but as I live reasonably near to London, and the roads are quite scary, I think learning to drive will be a more worthwhile investment when the time comes.

Having said that, looking more into the scooters you can buy now, I was very impressed by the range of choice and was very pleasantly surprised by the prices. Although I will be sticking to trains and buses for now, I’d recommend anyone in the same situation has a look at Direct Bikes for themselves.

Here are some recent posts you might want to take a look at: